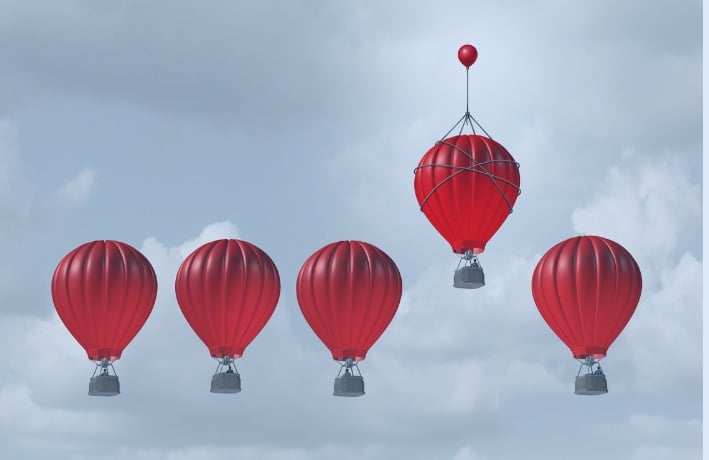 Container technology makes it possible to distribute an application and all of its
dependencies and configuration data in a single package. A container doesn't just include an
application's code. If the application relies on a specific JavaScript or .NET library, for
example, it'll include the required library. Popular container technologies such as Docker can
run on both Windows and Linux, and they have the potential to transform your company's
cloud strategy by limiting the time in which your virtual machine instances stand idle. Cloud technology can also allow your organization to serve a larger user base at a lower cost.

Are you looking for a cloud optimization strategy that allows you to serve more people while
spending less money on cloud resource utilization? Let's learn more about what containers
can do to help.

Container technologies solve that problem; as long as an operating system or cloud platform supports the container type that you use, your application will work in that environment with no fuss. With Docker and Hyper-V containers, you can even build massive distributed networks consisting of both Windows and Linux machines. Containers make cloud vendor lock-in a thing of the past.

Containers Are as Secure as You Need Them to Be

By hiding the components of the host operating system beneath an abstraction layer, you'll protect the security of the server and application - and since containers can help you minimize the number of concurrent virtual machines running within an environment, you'll still enjoy a performance benefit.

Your developers will love the fact that a container is a self-contained environment that includes all of its dependencies. There's no need to worry about what will happen when you run a PHP 7 container on a server using PHP 5; the container will include all of the libraries it requires.

Containers greatly reduce the amount of time required for testing an application before deployment, allowing your developers to concentrate on creating and testing features rather than coding workarounds for every possible usage scenario.

When it's time to deploy an application, you'll love the efficiency with which containers can scale. Using application management software such as Kubernetes, Mesos or Docker Swarm, you can create an environment that automatically launches containers when they're needed and shuts the containers down when they're no longer needed. A virtual machine has a lengthy startup process.

For that reason, it's often necessary to leave virtual machines idle even when they're not in use; launching a virtual machine on demand isn't feasible because doing so would take too long. A container, on the other hand, launches in a fraction of a second. Containers scale easily with application management software - and they can reduce the amount of money that your company spends for server or cloud resources that spend most of their time idle.

Containers Can Help You Optimize Your Development Process and Resource Utilization

Containers aren't just great for your company's software developers; they're also great for your IT budget. Because they're very lightweight, many containers can run concurrently within a single environment - even if the environment is a virtual machine. With containers, you can use less computing resources to process denser workloads. Whether you're operating within a cloud environment or a traditional data center, increasing your workload density will allow you to use computing resources more efficiently and save money.

If container technology has any drawbacks, it is that containers are susceptible to the same lack of utilization that can plague virtual machines. Without an application management solution in place to shut down containers that are no longer needed, you could end up with idle container instances that consume resources without processing workloads. We believe that containers have the potential to provide the next great leap forward for companies that want to embrace DevOps, become more agile and serve larger user bases while controlling their IT costs. If containers are the next great frontier for application development, container optimization is the next great frontier for container technology. Over time, we expect application managers for containers to make great improvements. Adopting containers now can provide great cost savings to your organization, and those savings are likely to increase as more efficient container managers emerge.

PS: Are you interested in further information about container technologies? Here you can read the answers to the FAQs about the basics and the implementation of containers: