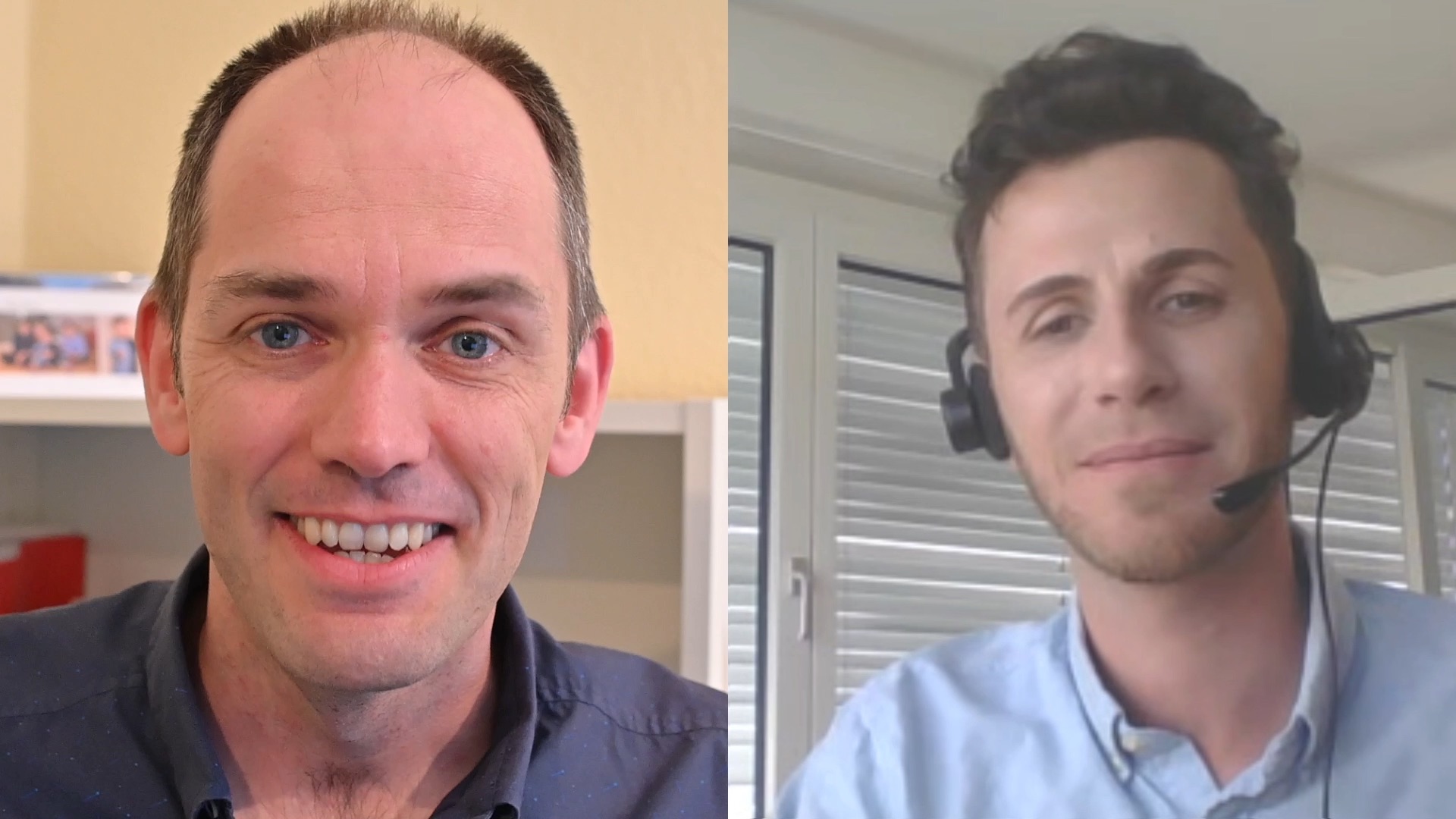 Matthias Isler is CTO & Co-Founder of the startup GetYourLawyer in Zürich. In an interview with Thomas Hug, the founder of nine, they talk about scaling and cost savings associated with a migration to container technology. GetYourLawyer has been a customer at nine for over three years with a traditional application based on managed VMs, which has now been migrated to Google Cloud to nine's Managed Google Kubernetes offering.

There are over 10,000 registered lawyers in Switzerland. For clients who need a lawyer, it is practically impossible to know, which lawyer is available and has time to solve the client's problem most efficiently. GetYourLawyer has developed a matching technology that finds exactly the right lawyer for each case. The customer can compare different offers from different lawyers on the platform, saving time and money. Not in order to find the lawyer who works the cheapest, but to find a specialist who can handle the case efficiently and in the shortest time. The offer is provided in the form of a platform where lawyers and clients can work together online. It also includes a continuous overview of all costs incurred during the collaboration and the resulting invoices can be paid directly online.

The decision to convert the platform to container technology

Direct link to the statement: https://youtu.be/gkatT2QIVPE?t=82

The decision to rebuild the application and make it ready for container technology and the final migration to Google Cloud has several reasons. The startup GetYourLawyer has planned larger advertising campaigns for the next few years, which are expected to result in higher volumes on the platform. In order to handle this load, the platform has to be scalable, as GetYourLawyer as a startup cannot afford to provide huge amounts of infrastructure to handle these peaks and growth. The platform must be able to scale automatically. There were also problems with the old infrastructure in connection with deployments because the build process was executed directly on the VMs. Also, GetYourLawyer's software developers had no control over the infrastructure, i.e. for every problem or change they had to rely on the support of nine, which was cumbersome and costly. The last main reason for the migration was the fact that they had to completely rebuild the development environments locally so that they would correspond to the infrastructure they had in production. This work is very cumbersome and does not scale as new software developers join the team.

Direct link to the statement: https://youtu.be/gkatT2QIVPE?t=156

GetYourLawyer's customers are lawyers and the lawyers' customers. They store their data on the GetYourLawyer platform. This is highly sensitive customer data, which is why it was clear from the very beginning that this data must also be hosted in Switzerland and on Swiss servers. AWS already ruled this out. The decision for the scalable container technology finally brought them to Google Cloud, which offers a native solution with its implementation of Kubernetes (Google Kubernetes Engine, GKE), which is in the view of Matthias Isler more established and promising like 3rd party implementations from Amazon or other providers like RedHat with OpenShift.

Direct link to the statement: https://youtu.be/gkatT2QIVPE?t=199

Cloud environments such as AWS or Google Cloud offer virtually all possibilities with hundreds of different services and thousands of configuration options. This leads to the fact that you can basically do everything yourself but with very high complexity. This means that as a software developer you have no way of looking behind the scenes and understanding what possibilities there are, let alone operating such an infrastructure securely or with high availability. According to Matthias Isler, they would have to hire engineers who are active in this field themselves. But as a startup, they cannot afford these costs. The alternative is to work with a partner like nine, which is what they would have chosen now so that they can focus on their core business.

Why nine as partner

Direct link to the statement: https://youtu.be/gkatT2QIVPE?t=251

Matthias Isler has been working with nine for over eight years in various projects and now with GetYourLawyer for three years. He had always been very satisfied with the performance they got from nine. The cooperation with the support team was good and they always felt that they were being looked after competently. Furthermore, there are only a few providers in Switzerland that are able to offer a managed cloud service according to Matthias Isler. So the decision was made to choose nine as a partner.

Direct link to the statement: https://youtu.be/gkatT2QIVPE?t=290

The most important expectation of Matthias Isler was that after the migration they would be able to focus on their core business again, which is software development. Furthermore, they wanted to have the flexibility to expand the infrastructure themselves within a reasonable framework. This means that if they need new extensions or want to make minor configuration changes, they want to be able to do this themselves. This is now possible thanks to container technology because the customer has control over the content of the containers, which is not usually offered with traditional infrastructure.