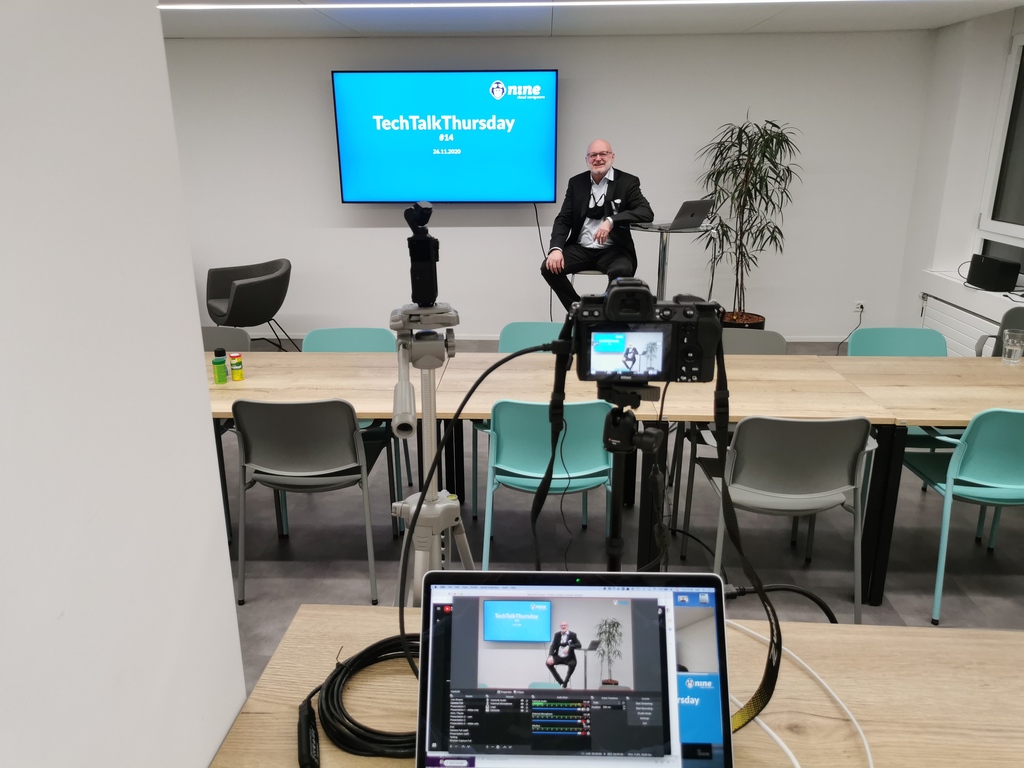 Our TechTalkThursday #14 took place on the 26th of November 2020 at 18:00. Due to local restrictions, we were not able to host a lot of guests, we therefore had only one personal guest of the first speaker, Joseph Pelrine, onsite. We had 130 registrations for the event and the YouTube stream peaked to 45 concurrent users. That's more than 2x the viewers we had at the last TechTalkThursday! Thanks to everyone for your time!

Subscribe to our YouTube Channel to get notifications for new videos and live streams of our events! 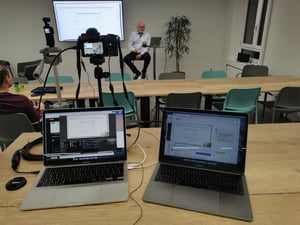 Thomas Hug, the founder of nine introduces the speakers Joseph Pelrine, Agile Psychologist, and Remy Blättler, CTO of SuperText AG. He then gave an outlook of the topics of the next Google Cloud Meetup on January 12, 2021 and the next TechTalkThursday on February 25, 2021.

The Psychology of Estimating 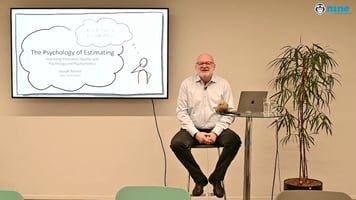 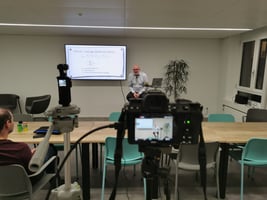 Estimating is difficult. So difficult, in fact, that many consider it a waste of time. Which it wouldn’t be if estimates were done efficiently and were accurate.

How can you and your team make your estimates better? Software developers learn to optimise their systems using performance profiling. We can find scientifically validated and useful tools for profiling the estimation process if we take the novel and radical approach of viewing estimation from the perspective of psychometrics.

In this short talk, we approach the concept of an estimate as a latent construct, and explore the application of tools and techniques from psychology and psychological statistics to the analysis and improvement of the estimation process.

If you’re wondering why your team’s estimates are off, and what you can do to improve them, this talk is for you. 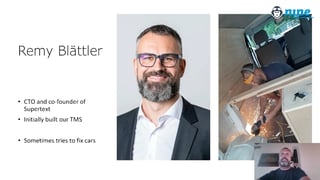 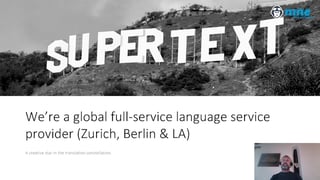 Supertext is all in on Microsoft and the reason why they work now with Azure is more of a coincidence. In 2004 Reto Lämmler (from TestingTime fame) and Remy Blättler tried to build a business based on an automatically synchronised Excel spreadsheet. At the time Microsoft Visual Studio was installed on his Laptop because of a client project. There was no debate or evaluation. They continued the Windows track with ASP.NET until now. Today, they are using Azure, Azure SQL, Office 365 and Active Directory, where Azure Active Directory is at the core of the security infrastructure.

The next idea was to get rid of all virtualized Windows servers and use Azure App Services and scripting the whole setup process. At that time, some applications were running with .NET and some with .NET Core. This worked side by side on a virtual machine. Within Azure App Services though, it turned out that .NET and .NET Core can’t run side by side. That’s the reason why they finally decided to try Containerized App Services. But the Containerized App Service was not available in Switzerland! Next step was therefore to go with Kubernetes and they got a prototype up and running.

Another challenge was Azure’s solution for secrets, called KeyVault, that wasn’t supported out of the box with the standard version of Kubernetes. Also Ingress, used for SSL termination, wasn’t available.

Azure is developing at a breakneck speed, but a lot of documentation is always out of date, upgrades are often not possible, lots of things are only in preview and not everything is available in all zones. Pain nr. 1 is “Ahh, no that’s not supported in your version of this or that”.

The complexity of the cloud shows in an example where 48 options were available for a virtual machine and 84 more non-available options.

All in all, Remy summarizes Azure as pretty cool as long as you are in the Microsoft world from Office 365, Active Directory, Visual Studio, C#, Windows Server, SQL Server - it all works together and is pretty powerful and nice. But it is a constant fight with versions, documentation and missing features! 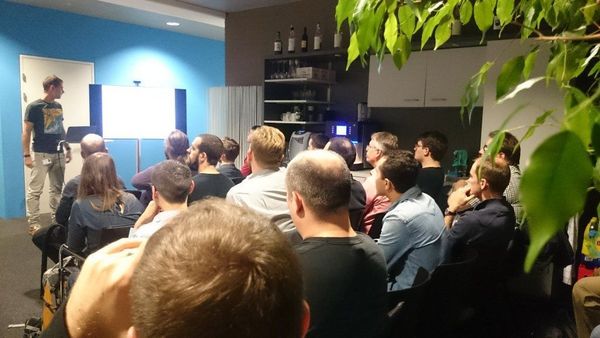 Check out this Meetup Group →

Want to stay up to date?