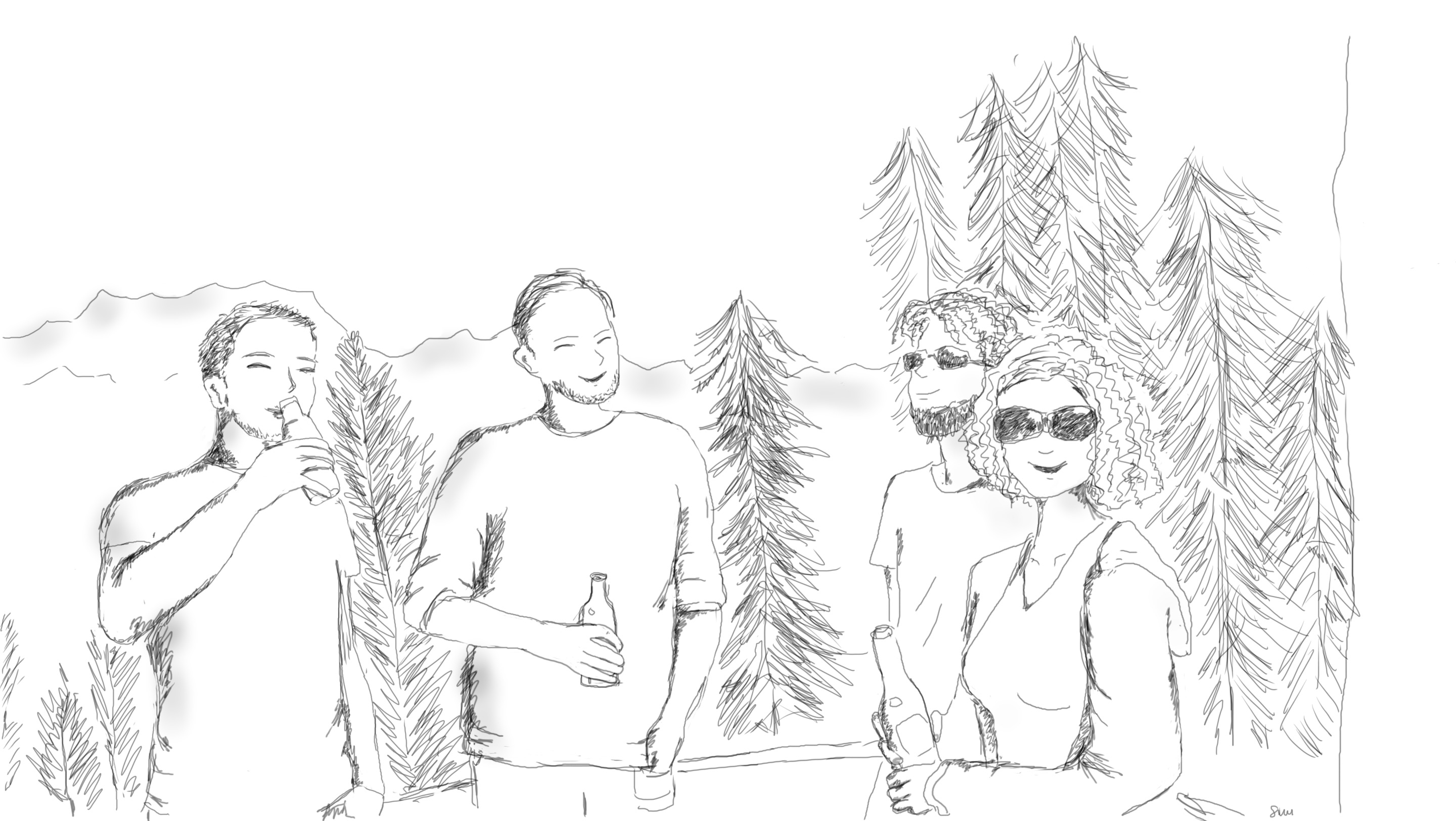 A joint blog post by Isa and Jasmine. Illustration: Simi

On Friday, 25 October 2019, we took the rare opportunity to close our office doors, and made some time for ourselves as a team.

Over the last one and a half years, we have been implementing many organisational changes here at nine to make the entire company more agile. To facilitate an agile and self-organised mode of work for our employees, a trusting working relationship is a necessary basis. Our aim for this workshop and the subsequent team event was to help establish this basis.

The ‘True Colors’ Test and Its Creative Consequences

We started our afternoon with a workshop in which (almost) all of our 9ers took part. The participants had been asked beforehand to fill in a short test while being unaware of it being the ‘True Colors Test’. They got this information at the beginning of the workshop, then they were split into groups according to the colour which their test results had yielded. All colours are represented in the 9er team, but there is a strong ‘bias for green’. This however, is not unusual for an IT company.

The groups were then tasked with finding information on ‘their’ colour and giving a short presentation of their findings to the other groups. The requirement for this presentation was that it had to be done in a way which suited the characteristics of the respective colour. The groups were very creative and had lots of fun finding out a little bit more about each other. 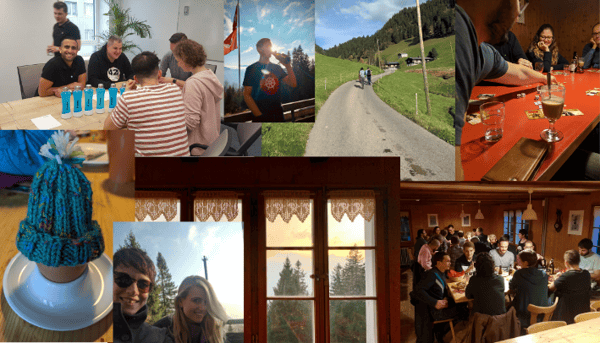 After this, four new groups were formed while making sure that each one of the four colours was represented by at least one person in every group. Now the groups were tasked with using different materials to build half a bridge, the end goal being that their half and the half their partner group were building would fit together. Two of the groups were only allowed to communicate verbally (but without being able to see the other group’s building work) and the other two groups were only allowed written communication via Slack. This exercise was about showing the collaboration of a ‘mix of colours’ and using each colour’s strengths to the group’s advantage to get the best possible result (half a bridge which would fit together with another group’s half). All teams were successful in their endeavours and again, lots of laughter was involved. We think the results speak for themselves. 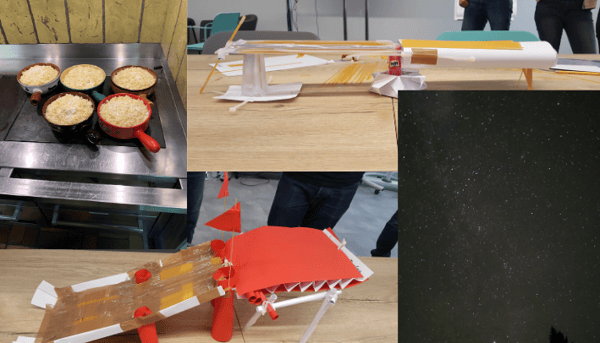 At the end of the workshop, we were picked up by a bus and taken in the direction of Lake Walen. We were dropped off in Amden and then walked to Naturfreundehaus Tscherwald where we spent a lovely evening with fondue and card games. We also did some star gazing and were lucky enough to glimpse a few shooting stars. After a rather short night (for most) we were woken up by beautiful blue skies in the morning. The custodians Heinz and Bruno treated us to a great breakfast of regional specialities before we left to return back home.

Thank you very much to all our 9ers for spending this lovely time together – we are already looking forward to the next event!

Why build an in-house Kubernetes platform?